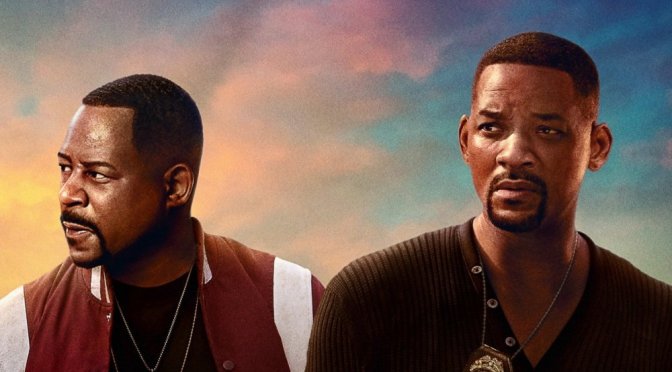 Bad Boys For Life starring Will Smith and Martin Lawrence in their unforgettable roles as Mike Lowrey and Marcus Burnett was a movie that provided a wide range of emotions throughout the film, and because of that, it is definitely a movie to see.

This movie is the third film in the franchise. I wondered if it would showcase these two iconic actors appropriately. I was pleasantly surprised to find a breath of fresh air between the two main characters, as well as some callbacks to the previous films to offer a small nostalgia credit as well.

I was also ecstatic to find out that the lead in La Reina del Sol, Kate Del Castillo is in this movie! She was such a boss in the TV series, and I knew right away she would bring that same energy to Bad Boys for Life.

Isabel Aretas (Del Castillo) breaks out of jail with the help of her son, Armando. That begins a deep-seated vendetta against everybody that helped lock up, one of which is Mike Lowrey.

We catch up Mike and Marcus, who haven’t changed much since Bad Boys II. Marcus still wants to retire, and Mike still wants to continue to run wild as narcotics detectives. Armando catches Mike during a vulnerable moment and sends him to the hospital after a drive-by in Downtown Miami.

The main character’s motivations have been split before, but after Mike’s near-death experience, Marcus decides that retirement is the only option.

Ammo, a special unit, is send into action to find the shooter Mike’s shooter. Mike recovers from injury just in time to assist the police in finding his would-be killer. After a series of events where Mike goes off on his own, Marcus is forced to come out of retirement to help his best friend.

There are some intense scenes in the first 30 minutes. As a viewer, you have invested in the film right away. The emotional stingers in this movie hit hard and establish the motivations of both Mike and Marcus throughout the entire movie. Plus the third act of the film introduces information that was not foreshadowed and leaves the expectation for a continuation of the story.

The action is unbelievable, and the direction of the film positively highlights the actors. There is a scene with a rocket launcher, a helicopter, and a motorcycle with a side carrier. No one dies or gets mortally wounded. It’s a little unbelievable, but scenes like this make the movie more engaging.

I won’t spoil any more of the movie, but this is a good one. No wonder the producers are already prepping the 4th film. The character arcs are well rounded, the motivations make sense, and the action is entertaining. Plus, there is more story to tell regarding legacy.

Give this film a try.