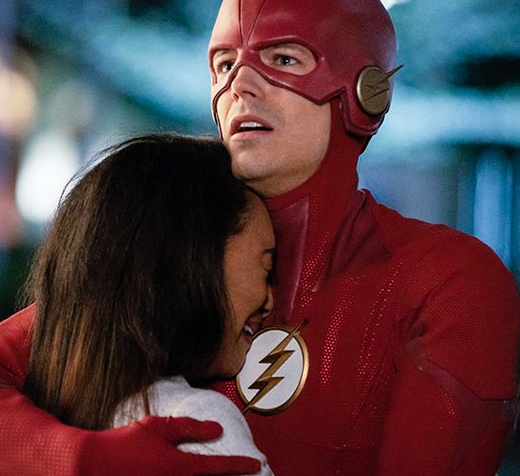 Posted May 15, 20191 Comment on The Flash S05, E22: Is the legacy of Team Flash disappearing? (review) Television Worth Watching

The Flash S05, E22: Is the legacy of Team Flash disappearing? (review)

There were some tearful moments in The Flash season finale, ‘Legacy’. I was hoping for a future Trunks moment like in Dragonball Z. I expected Nora West-Allen to help her dad defeat Cicada II and stop the Reverse Flash from getting out of his time period. After all of that was done I thought she’d go back to the future and after a teary-eyed goodbye, Iris would reveal that she is pregnant.

However, that’s not what happened. It was actually a pretty gloomy episode and barely anything went right for Team Flash. Feel free to go watch the episode before you read any further because I am going to mention spoilers.

In the season finale of The Flash, my entire theory was blown to shreds except for one thing… Eobard Thawne also known as the Reverse Flash became the main villain for Team Flash once again.

What I didn’t expect was for him to get away. We find out in the story that Eobard used Nora to alter the timeline and cause destruction of Cicada’s dagger to the sole key to his freedom. The destruction of the dagger is also the only thing that will save all of the meta-humans on earth from being destroyed.

The dagger ends up being destroyed and Cicada II disappears leaving little Gracie awake from her coma and headed for a new life.

But at the end of the day, Nora was being played from the beginning and it ended up costing her, her very existence. After some villainy exposition from Eobard Thawne, Nora starts to crackle and disappear. Thawne tells Barry she can survive if she goes into the Negative Speedforce like before. However, Nora doesn’t want to live like Thawne and decides to disappear instead.

This entire ending was a shock. Sherlock went back to his earth and Joe West became the captain of Central City Police (apparently the old captain already knew Barry was the Flash but never said anything until he promoted Joe).

But most importantly, Cisco made a very rash decision. After almost getting killed by Cicada earlier in the season and going through an identity crisis about who he is and how he can find love with meta-human powers, he told his girlfriend about Vibe.

She was so understandable. I thought the crisis was averted. But no, after he has a clear huge part to do with almost taking down the Reverse Flash, he decides to take the cure with the help of Caitlin.

Vibe was such an intricate part of Team Flash and he may still want to be helpful from the lab like Iris, but what happens if Cisco wants to quit the team altogether?

Lastly, the biggest change came at the very end of the episode.

The whole purpose for Nora coming to this time was to help fight Cicada and stop her dad from disappearing. Well, it turns out that Nora’s interference has actually changed up the timeline.

In season 6, the Flash will supposedly disappear. A newspaper article popped up on Gideon’s diaplay wall showing 2019 is when the Flash disappears during the crisis. So, Nora’s interfernce effectively sped up Barry’s disappearance.

I thought this season was going to end with some happiness, but it was a lot of gloom. Will next season start off the same way? Will Team Flash be trying to pick up the pieces or creating new ones? 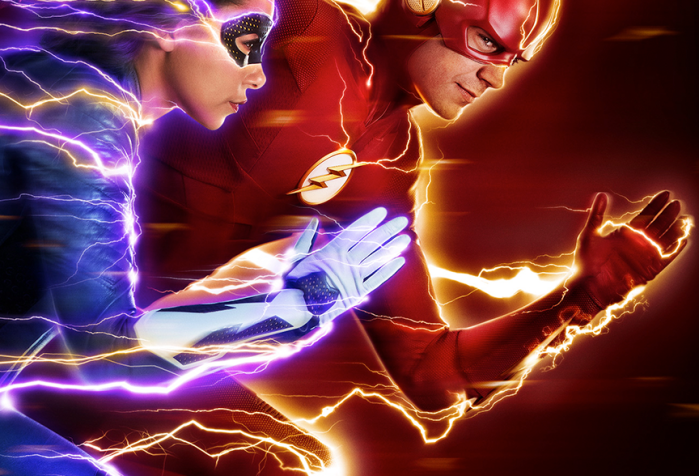 I watched Gone Rogue and I have to admit I was a little put-off. Why?
Because I felt like Nora should have committed to her rogue persona. I wasn’t sold on Nora’s quick turn around at the end of the episode.

We begin the episode with Nora teaming up with a few low key baddies to steal technology. We find out that she wanted to get a specific tool to render Cicada II’s dagger unusable.

At the same time, she’s still upset with Barry because he didn’t come with Iris to get her back from the future. By the end of the episode, Nora’s villain friends backstab her and team flash saves her. And they lived happily ever after.

I was uninspired, so given the title of this weeks episode, The Girl with the Red Lightning, I thought I should wait and see where this goes.

The most confusing idea about this season is how fast Iris and Barry started to act like they were parents to Nora. Nora is their age or a few years younger. Iris and Barry have seemly matured over the last 20 episodes, but I don’ t know if that is realistic. During every situation, they try to baby her. So it was surprisingly refreshing to hear her stand up to her parents and tell them she was an adult.

Nora took a stand because she is mentally linked to Gracie. While tapping into the negative energy that Gracie feels, Nora can see through her eyes. Doing this allows Nora to pinpoint Cicada II’s exact location when she is about to set off her meta-human killer bomb.

By the end of The Girl with the Red Lightning, I was reinvested in the season. Not because of the family storyline, but because Cicada II finally weaponized the meta-human cure and we were about to enter the last stand.

But, the real hero of this episode was Ralph. He guessed that Cicada II / Gracie wasn’t acting on her own earlier in the episode. Of course, Barry was too tied up thinking about the immediate threat to pay attention. But in the closing moments of the episode when Gracie was defeated and Barry was about to use the tool that Nora stole last week to warp Cicada’s dagger away, Ralph had an epiphany.

Eobard Thawne has something to do with Gracie coming back from the future. It’s a part of his master plan to stop his execution! He used Gracie as a pawn and Nora as a distraction.

In next weeks season finale, we’re going to find out just what that plan is. I’m curious to find out if Ralph was successful in stopping Barry from warping the dagger, or if Thawne will be successful. I have a feeling that the Reverse Flash will once again become the main villain in The Flash series.

I am excited now.